Do I need a Bat House? A Full Comparison of the Best Bat House Options 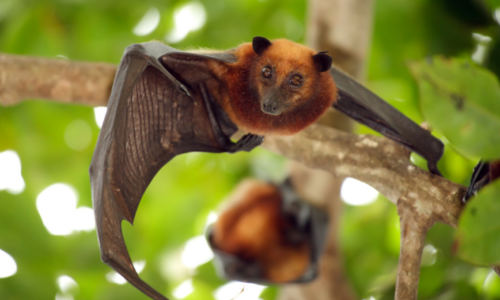 If you’ve had issues with bats around your house, or found them burrowed in your attic, you know that it can be an alarming experience.

Bat houses are an option to consider if you have a lot of bats in your area. We’re going to cover why they’re beneficial and the best bat house options available today.

Why Bats are Beneficial

One of the biggest benefits to having bats around is that they’re a natural pesticide for your garden. They eat tremendous amounts of insects each night.

Additionally, they eat mosquitos as well. This means less pesky mosquitos at your next summer BBQ.

Bats are pollinators in some areas

In some regions, bats can act as pollinators for your plants. Aside from bees, they can be one of the better ways to pollinate the plants in your garden.

Certain species of bats are endangered

Depending on what area you live in, the species of bat around you might be endangered. Its best to protect bats whenever possible. If you must remove them totally from your home, its best to hire a professional to do it safely.

Aside from giving vampire-like vibes, bats are are very chill co-habitors.

Bats are generally not aggressive, and will leave you alone if you do the same for them. People tend to run into issues with bats when they try to pick them up. Admire them from afar and you’ll likely not ever have an issue.

This bat house from Big Bat House can hold up to 75 bats, with multiple chambers inside to accommodate them. Its made of high quality cedar and has grooves along the entrance to help the bats enter the unit.

Additionally, its easy to install and ships already assembled for easy set up.

They also offer this model in 3 different colors – which you should select based on the outside temperature of your region (cooler regions select the darker colors to absorb the heat, there is a picture reference included on the amazon product page).

There aren’t many cons to this model. A few reviews noted spotty quality when they initially received their bat house, however in most cases this was quickly addressed by the company.

This bat house is a mid sized option with multiple chambers, but if you want a space that is large enough for a lot of bats it may not be big enough. If you need additional space, we would recommend considering the premium option from big bat house.

The advantage to buying the Outer Trails bat habitat is the price.

This brand offers two size options – a 2 chamber and 3 chamber model. Each option is made from cedar woodsimilar to the big bat house model.

More reviewers on Amazon noted quality issues, however it may be worth chancing it if you’re on a budget or looking for a budget friendly solution to your bat problem.

This model from big bat box is a premium option..

It is a BCI certified bat house, which certifies that it has a higher occupancy rate than other options on the market and provides a safe and comfortable environment for bats to live in.

This bat house can hold up to 200 bats and is ideal for those looking for a large house for bats in the area.

The biggest con for this model is the price. At approximately $200, it is a premium option compared to the first two models mentioned.

However, if you want a high quality house that can house a lot of bats safely, its worth considering this option.

Considerations when Choosing a Bat House

Lets talk about the considerations when purchasing a bat house.

When selecting a house for your bats, you want one that has grooves on the landing area. This will help bats get inside the house more easily.

Most models have this built in, but it is worth checking before purchasing to be sure. A bat house without these grooves likely will not have a high occupancy rate.

The entrance for your bat house should be small – probably smaller than you think.

Bat house entrances need to be no larger than 1 inch. Any larger and you risk attracting unwanted rodents.

The entrance should also be at the bottom to prevent any unwanted build up of bat guano.

Ideally, you want a bat house with multiple chambers. A good range to aim for is 2 to 4 depending on how many bats you need to house.

Multiple chambers allows for space between the bats and a better accommodation for them all around.

Where should I place my bat box?

A bat box should be placed at least 12 feed off of the ground. It should also be placed against a building, which may be counterintuitive to some.

Often people want to place their bat house in a tree, however this leaves the bats vulnerable to other predators sneaking in.

When a bat house is placed against a building, its much more difficult for unwanted house guests to intrude.

Additionally, bats prefer a warm environment, so if you have a spot that receives direct sunlight during the day this is a good option.

Author: figandspruceadmin
Filed Under: Beginner Guides
Tags: bat house, pest control
How to Test Your Garden Soil Acidity
How Much Light does Lettuce Need to Grow?

Learn How to Grow Your Own Herbs with our Free Guide!

We’re offering our free guide on growing your own herb garden. This 26 page guide covers how to care for your favorite herbs, including basil, chives, rosemary, and more! 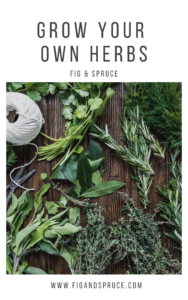 Psst! Heads up – Fig & Spruce is a partner with a number of companies. As you click through our links, there’s a chance we’ll make a small commission on any sales made. We work with Amazon and other similar brands to help highlight the best products for your gardening adventures. Rest assured though, we only recommend products that we fully stand behind and love.